Tanks are designed to carry offensive firepower on a highly mobile platform while keeping the personnel within protected from the environment, the elements and most importantly, the enemy.

To complete those tasks, a tank has many complex systems and components. The functions of which are not easily understood by simply looking at them.

The gasses released from large calibre guns can cause significant issues. The fumes themselves are toxic, and if inhaled enough can cause crew members to become nauseated, while the thick smoke can affect vision. Enough gas can reduce a human’s capacity to operate effectively.

Also, the gasses can contain still-explosive propellant particulates which can cause a ‘flareback’; a detonation of the gasses within the turret, potentially injuring or killing those inside.

Most World War Two era tanks simply used an extractor fan to draw air out to the exterior, but this would not completely solve the problem, especially after continuous firing.

Around the end of World War Two, tank designers began using fume extractors to considerably reduce the amount of gasses entering the tank.

So, how do they work?

A bore evacuator is actually a very simple design without any moving parts. It is a hollow chamber sealed to the barrel of the gun. A ring of holes are drilled through the barrel into the chamber.

When a round is fired, the combusted propellant produces a massive amount of pressure behind the shell, forcing it through the barrel. Once the rear of the shell passes the bore evacuator holes, this high pressure gas quickly flows into the chamber. 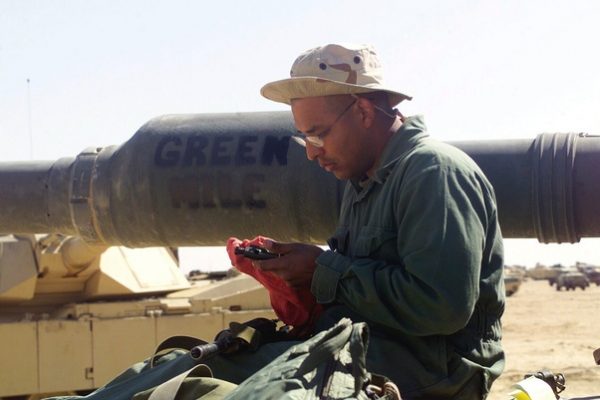 As the shell approaches the end of the barrel, the pressure in the barrel starts reducing, until almost reaching atmospheric pressure when the shell leaves the gun.

However, the bore evacuator chamber is still under high pressure, so the gasses contained inside rush back into the barrel through the holes, which are angled towards the muzzle, causing the gasses to flow that way.

This rush of gas toward the barrel end pulls any lingering smoke out with it. It must be understood that this entire sequence happens within a fraction of a second.

The best results are achieved when the gun’s breech opens while the exiting gasses are moving the quickest, as to suck fresh air in through the breech, aiding with pushing out the smoke. Most modern vehicles utilise this system.

Another Article From Us: 9 Reasons Why Some Think the T-34 was a Poor Tank

While this smart use of pressure differentials can’t be observed while in action, its results can be, watch for a puff of smoke out the end of the barrel, just after the initial fireball.